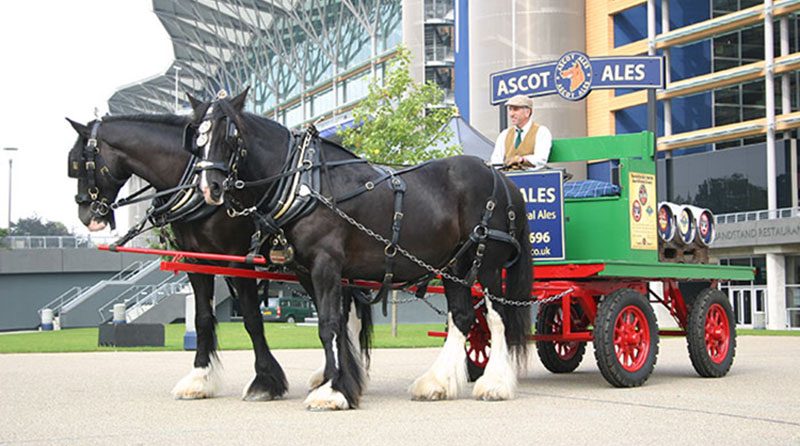 Ascot Ales has recently been sold to an investor group headed by local businessmen Chris Davies and Mike Neame.

Chris Gill who has owned the Ascot Ales for the last ten years is moving on to pastures new.

Chris has brewed some of the most amazing beers during his tenure with the standout moment gaining CAMRA Champion Winter Beer of Britain, National Final Stouts 2014 SILVER – Anastasia Exile Stout, 5% ABV. Many of his other beers have won awards so he can be rightfully proud of his achievements.

A testament to Chris’s endeavours is not only his place at the top table in terms of UK Brewing but that this is recognised by the availability of Ascot beers in supermarkets such as Waitrose, Budgens, The Co-operative and a number of prestigious Hotels, including The Dorchester Groups, luxury 5 star Coworth Park Hotel.  A great job.

The new owners intend to build on the provenance and quality of Ascot Ales investing in new brewing capabilities to meet increasing demand, completing an exciting brand refresh and bringing a new head brewer on board who shares the company’s passion and vision.

The new owners believe there is an opportunity to grow the business and offer Ascot’s existing range of real ales and craft beers to more Pubs and supermarkets as well as meeting new challenges around consumer demand for different types beers that use unusual ingredients including new world hops and specialist yeasts.

The new owners commented that the ‘UK craft beer brewing leads the world and we believe Ascot Ales represents an excellence opportunity for growth in terms of increasing turnover, providing employment opportunities, selling to more pubs and supermarkets as well as exporting our unique flavours’

Ascot Ales is a ten-year-old microbrewery based in Camberley. Ascot brews and sells a range of real ales and craft beers, which have won numerous awards.   These include Anastasia’s Exile Stout. Alligator Ale, Posh Pooch, Gold Cup, On the Rails, Red IPA as well as a number of seasonal specials such as Winter Reserve and Oktoberfest. The brewery sells its beers to many pubs, clubs and hotels as well leading supermarkets such as Waitrose, The Co-operative, Budgens, Bentalls, Cost Cutter and many more.